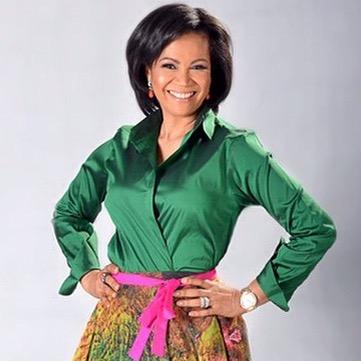 "My kids ran out of pajamas. And I used to make clothing for women. So I decided that I'd just make some pajamas for my kids."

In her second year as an undergraduate law student at the Ahmadu Bello University in Zaria, Adenike opted out of school unsure of what to do with her life. She then reluctantly accepted her mother's invitation to work in her women's tailor shop. That experience helped her to discover who she was and what she wanted to do.

"I started in 1996, I was selling from the back of my car, I was selling at bazaars. Everywhere, there was a bazaar, I was there, my table and my suitcase, my children and sometimes even my husband. So it all started then."

Today Ruff 'N' Tumble is a thriving business with 150 employees, 13 branches across the country and distribution along the West African coast.

Mrs. Ogunlesi is a winner of numerous awards including the City people Awards - Female Achiever in the Children's fashion sector 2001, The Glam Awards 2014 - special honour as a female game changer in the Children's fashion industry, The Nigerian Entrepreneur Awards 2014 - Award for Creativity and Excellence. She is also a mentor at the Mara foundation and a finalist at the CNBC AABLA (All Africa Business Leaders Awards) in the category of the Business Woman of the year 2014. She was featured in the Africa Open for Business documentary and was recognized as the FATE Foundation Model Entrepreneur in 2005.

Mrs. Ogunlesi has been a Non-Executive Director of Lafarge Africa Plc since March 11, 2015.