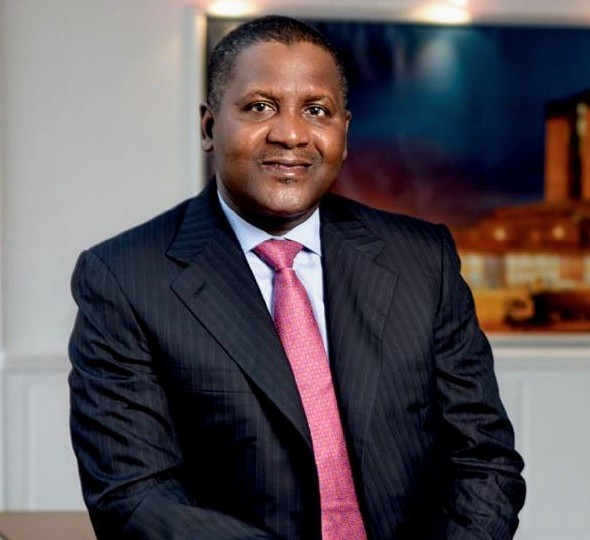 Mr. Dangote is the founder of the Dangote Industries, which has operations in Nigeria and several other countries in West Africa. Dangote Cement is Africa’s largest cement manufacturer, with over 26,000 employees in Nigeria. The company was ranked by Forbes as 1220th largest public company in the world based on revenues of $2.5 billion (2015).

The company is constructing cement plants in Ethiopia, Zambia, South Africa, Senegal, Cameroon, the Republic of Congo, and several other African countries. He announced plans last fall to construct plants in Iraq and Burma.

Mr. Dangote plans to sell a 20 percent interest in his cement business on the London Stock Exchange by the end of 2014, pricing it at a value of $35 billion to $40 billion. If he succeeds, his company will be the world’s most valuable cement producer.

Mr. Dangote began his career as trader at age 21 with a loan from his uncle; He went on to built his Dangote Group into conglomerate with interests in sugar, flour milling, salt processing, cement manufacturing, textiles, real estate, haulage and oil and gas.

The Dangote Group dominates the sugar market in Nigeria, as he is the major sugar supplier to the country's soft drink companies, breweries, and confectioners. The Nigerian sugar refinery, located at the port of Lagos, is the second-largest in the world.

Dangote Group has moved from being a trading company to Nigeria's largest Industrial group, including Dangote Sugar Refinery (the most capitalized company on the Nigeria Stock Exchange, valued at over $3 billion with Aliko Dangote's equity topping $2 billion), Africa's largest Cement Production Plant: Obajana Cement, Dangote Flour amongst others.

Mr. Dangote plans to build a $8 billion oil refinery facility that would process 450,000 barrels per day of petroleum mainly for domestic consumption. Despite being one of the world’s top oil producers, Nigeria does not refine its own oil.