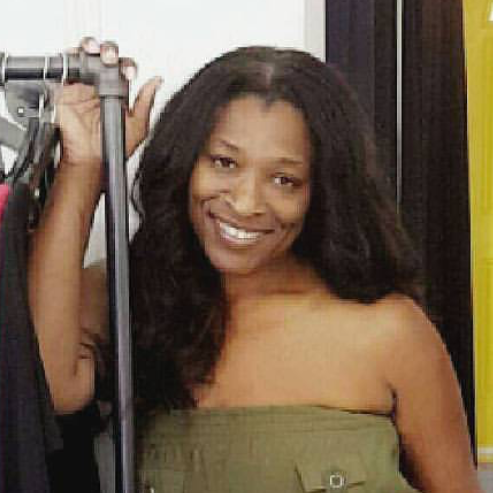 Angela Samuels is the Founder and CEO of the Toronto based retail chain Voluptuous Clothing, a store that caters to women sizes 14 to 24. The first Voluptuous was opened at North York Sheridan Mall in May 2001, followed by Dufferin Mall in May 2002, Scarborough Town Centre in June 2003 and the Vaughan Mills was launched on November 4, 2004.

Growing up as a minority and one of six children in the rough Toronto neighbourhood of Jane and Finch, Samuels felt acutely unsure about her chances of succeeding in life. But as a young woman, the drive to survive which had served her growing up kicked in. She would eventually use what she learned from her childhood challenges to improve both her life and the lives of many others.

Angela work as a plus-sized model for three years doing runway shows for designers such as Brian Bailey as well as catalogue and flyer work for stores such as Sears, Wal-Mart and Zellers.She then pursued her studies in the Child and Youth Care Worker program first at Centennial College and then George Brown College. Working with young offenders, Angela observed how, with women, much of their low self-esteem was tied to their appearance. If they couldnâ€™t find ways to look good, she reasoned, then how could they feel better about themselves?

"I saw a lot of younger girls who were bigger and I realized that they grow up thinking they're different than everyone else, that theyâ€™re not a part of society because they're not a size three," Samuels says. "I thought that if I could empower them with the self-esteem they need, maybe they would look at life differently and have a better chance to become successful."

She said she chose the name Voluptuous for her company because, "I wanted something that said "positive," and something that said "sexy." And I figured, okay, there's a word for small, which is "petite." And it sounds proper. It sounds nice. And I thought, there has got to be some other word for "full-figured," "big." Thereâ€™s got to be some other word. And I searched, and we came up with "voluptuous." It said all the things we wanted to say; furthermore, it implied that we are sexy. And that was important to me. And that became the name.

Voluptuous had sales of over $5 millions in 2004 and plans to expand across Canada over the next few years. Voluptuous will open a new store in a trendy upscale Mississauga shopping mall with an expected spring 2005 grand opening. Plans are also in the works for a location in Montreal later this year and the West Edmonton Mall in 2006.