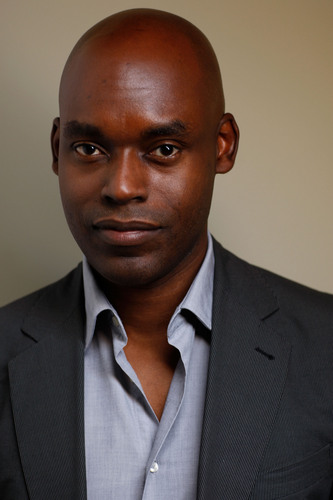 Cameron Bailey is the Artistic Director of the Toronto International Film Festival® (TIFF). In this role, Bailey is responsible for the overall vision and execution of Festival programming, as well as maintaining relationships with the international film industry.

In 2012, Toronto Life magazine ranked Bailey as of the most influential people in Toronto.

“Under Bailey, Toronto has become the place to premiere an Oscar-bait film (in 2012, 93 per cent of feature-length films were premieres). Since he’s taken the helm, audience attendance has steadily grown, and the festival has cemented its place as the city’s top cultural event.” Toronto Life.

Born in London, Bailey grew up in England and Barbados before immigrating to Canada in 1971. He brings a comprehensive wealth of experience to his current leadership position. Serving as a programmer for the Festival for more than twelve years, he has been responsible for the annual selection of films from Africa, South Asia and the Philippines. In addition, he has programmed and hosted TIFF's highly successful subscription series Reel Talk, and headed the Festival's Perspective Canada series.

Bailey has held positions as a curator, a journalist and a writer. He has curated film series for Cinematheque Ontario, the National Gallery of Canada, the National Film Board of Canada, and Australia's Sydney International Film Festival. He has also served on awards juries in Canada and internationally, including the U.S., Turkey, Greece, South Korea, Burkina Faso and Tanzania, and has been a guest speaker at several Canadian universities, the Smithsonian Institution, Harvard University and the Banff Centre for the Arts.

As a journalist, Bailey reviewed films for Toronto's NOW Magazine, CBC Radio One and CTV’s Canada AM. He presented international cinema nightly on Showcase Television's The Showcase Revue, and produced and hosted the interview programme Filmmaker on the Independent Film Channel Canada. He has been published in The Globe and Mail, The Village Voice, CineAction!, and Screen, among others.

In 1997, Bailey completed his first screenplay, The Planet of Junior Brown, co-written with director Clement Virgo. The film was named Best Picture at the 1998 Urbanworld Film Festival in New York, and nominated for a Best Screenplay Gemini Award. Bailey also completed a video essay, Hotel Saudade, shot in Brazil. The film made its U.S. premiere in 2005 at New York's Museum of Modern Art.

In 2010-2011 Bailey was co-chair of the Arts & Culture Working Group of Toronto's CivicAction. He was also a member of the Creative Capital group that prepared a Mayor's report on Toronto's cultural sector, and he currently sits on the Tourism Toronto board. He is a former board member of the Ontario Film Development Corporation, and served on the Advisory Board of the Royal Ontario Museum's Institute for Contemporary Culture. In 2007, Bailey was a part of the delegation accompanying Governor-General Michaëlle Jean on her state visit to Brazil.

Bailey is a graduate of The University of Western Ontario with Honours Bachelor of Arts, English Language and Literature (1982 – 1987) and York University, Cinema Studies (1987 – 1989).