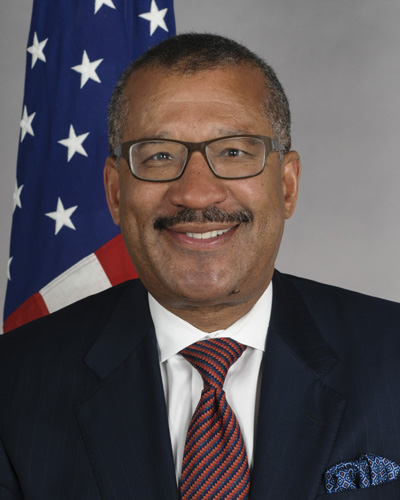 Ambassador​ ​(Ret)​ ​Dwight L. Bush is​ ​currently​ ​President of ​ ​DL Bush ​& Associates, a ​Washington D.C. based Strategic​ ​Advisory​ ​firm. He previously served as the U.S. Ambassador to the Kingdom of Morocco under President Barack Obama.

He was the President and CEO of Axiom Bank (formerly Urban Trust Bank), an affiliate of The RLJ Companies from 2006 to 2008.

Mr. Bush has over 24 years of corporate finance, private equity, mergers and acquisition and strategic financial management expertise. His distinguished career includes roles as a financial transaction professional and a corporate officer. In addition, Mr. Bush has served as principal, advisor or arranger in over 75 corporate transactions in both Fortune 500 companies and private equity environments.

Mr. Bush is a graduate of Cornell ​ ​University, where he earned a bachelor's degree in government in 1979.