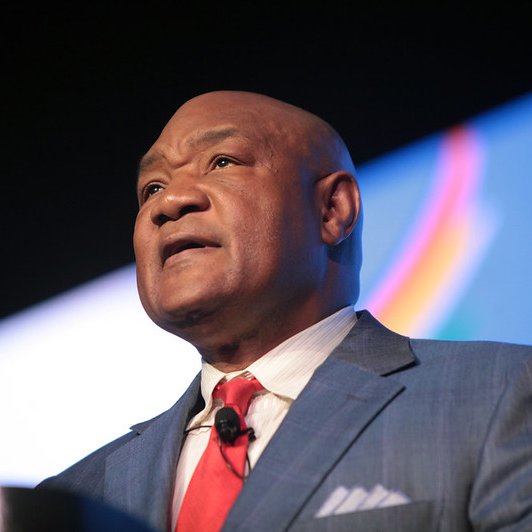 Mr. Foreman has one of the strongest brands in product endorsements. He is famous for the George Foreman Grill which has earned him over $200 million.

Mr. Foreman in partnership with Salton, Inc, introduced The George Foreman Grill in 1994 and has sold over 100 millions units since the product was introduced. Mr. Foreman sold Salton the right to use his name for $138 million in 1999. The George Foreman Signature Collection, his clothing line, has sold well since its launch in March 2004. Mr. Foreman launched a line of cleaning solutions called George Foreman's Knock-Out in 2015 which has also turned into a very successful business.

Mr. Foreman fought Muhammad Ali in the famous "Rumble in the Jungle" in 1974. He won the gold medal in heavyweight boxing at the 1968 Olympic Games. He became heavyweight champion of the world in 1973 by defeating Joe Frazier, and regaining the title in 1994 from Michael Moore at the age of 45.