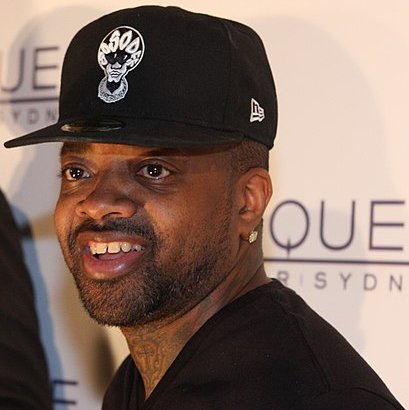 Company: So So Def;

Born on September 23, 1972, Jermaine Dupri Mauldin had achieved enormous commercial success as a songwriter and producer before the age of twenty with teen rap group Kris Kross. A group of two young men Dupri found at the mall and turned in to rappers. He turned is success with Kris Kross in to a successful record label called So So Def which he started in 1992 with artist like The Brat, Lil Bow Wow, Jagged Edge, Xscape. Dupri has also produced some of the biggest artist in urban music, Usher, Janet, Mariah Carey, etc. In 1997 Dupri produced Usher's ground breaking album My Way for LaFace records which went on to sell 7 million copies. He also produced Usher's 2004 album, Confessions which has sold over 8 million units and was the biggest selling album for 2004.

Dupri branched out into managing athletes with a new company, So So Def Sports which started in 1999. In 2002 So So Def signed a deal with Arista Records and Dupri became a Senior Vice President. So So Def has since expanded into TV production and other business. He is a partner and owner of 3 Vodka Distilling Co., the only vodka in the world to receive the first flawless vodka rating of 100 points. 3 Vodka contains zero carbohydrates and is the first spirit to receive government approval to list no carbohydrates on its packaging.

In 2005 Dupri was named President of Virgin Records Urban Music. The new Virgin Records division called Urban Music, which will bring Dupri's So So Def label to Virgin was formed in an effort to increase competitiveness in the music industry. As president of the new division, Dupri managed Virgin's entire urban music operation, record as a solo artist, produce artists on the Virgin label, and support all EMI Music labels with his production services.