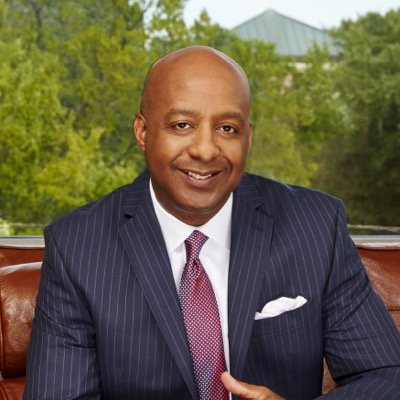 Marvin R. Ellison is the President and Chief Executive Officer of Lowe’s Companies, Inc., since July 2018.

Mr. Ellison has more than 30 years of leadership and operational experience in the retail industry, including expertise in managing a large network of stores and employees as well as global logistics networks.

He was previously CEO of J. C. Penney, and has been since August 2015 and Chairman, effective August 1, 2016.. He has served as the company's president since 2014. He has nearly 30 years of experience in the retail industry.

Prior to J. C. Penney, He spent 12 years at Home Depot. As executive vice president of U.S. stores from August 2008, he was the senior-most operations leader for Home Depot's approximately 2,000 stores. Prior to that, he was president of the Northern Division, a role in which he had responsibility for the sales and operations of more than 700 stores in 21 states and led a team of more than 150,000 associates. Previously, he was senior vice president of global logistics, with oversight of all domestic distribution, transportation, store and appliance delivery, import distribution and international logistics throughout the United States, Canada, Mexico, China and more than 35 other countries.

Before joining Home Depot, Mr. Ellison spent 15 years with Target in a variety of operational roles, including Corporate Director of Asset Protection.

Mr. Ellison serves or served on the board of directors of Lowes, FedEx Corporation, the Retail Industry Leaders Association and the National Retail Federation. He also serves as a member of the board of trustees for the University of Memphis.

Ellison was named to Fortune’s World’s Greatest Leaders in 2016 and was recognized as the 2016 Corporate Executive of the Year by Black Enterprise.

Mr. Ellison earned a business administration degree in marketing from the University of Memphis and a Master of Business Administration from Emory University.