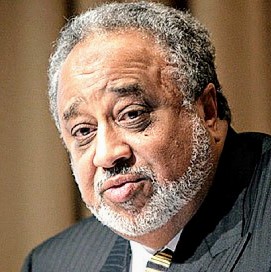 Mohammed Al Amoudi, is Ethiopia's richest person and at one point was the second richest black person in the world. Bloomberg currently put his net worth at $5.38 billion (As of 2022/11/26).

Mr. Al Amoudi was one of dozens of high-profile Saudis detained in a sweeping anti-corruption crackdown spearheaded by Crown Prince Mohammed bin Salman. Ethopia's Prime Minister Abiy Ahmed appealed to the crown prince for his release. He was finally set free in January 2019 with no explanation for the reasons behind his detention or release.

He owns Swedish refinery Preem as well as Svenska Petroleum, which made big plays in Guinea-Bissau, Nigeria and Angola in 2008.

Mr. Al Amoudi has invested more than $1 billion in Ethiopia. He controls his vast business conglomerate through two holding and operating companies, Corral Petroleum Holdings and MIDROC. His companies employs over 40,000 people through these companies.