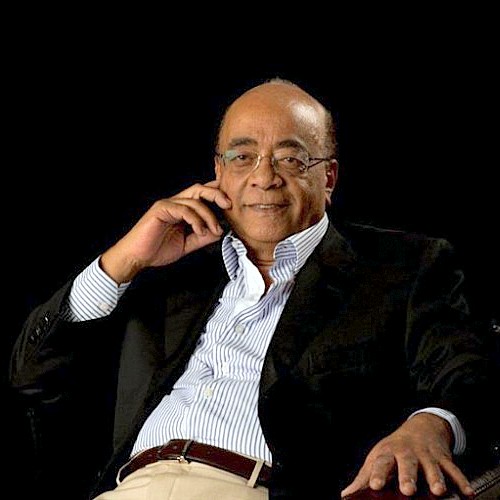 Mohammed Ibrahim is the billionaire founder and chairman of Satya Capital Ltd., an investment company focused on opportunities in Africa. He was previously the founder of Celtel International, one of Africa's most successful companies. Forbes magazine ranked him as the 1999th richest person on the planet, with a net worth of $1.1 billion (March 2018).

Dr Mohamed Ibrahim is a global expert in mobile communications with a distinguished academic and business career.

In 1998, Dr Ibrahim founded MSI Cellular Investments, which was later renamed Celtel International. The company now operates in 23 countries, under licenses that cover more than a third of the continent's population.

In 2005, Celtel International was sold to MTC Kuwait for $3.4 billion, making it one of Africa's most successful commercial ventures. Dr. Ibrahim personally pocketed $1.4 billion from the sale.

In 2006, Ibrahim launched the he Mo Ibrahim Prize for Achievement in African Leadership. The prize will be awarded to a former African executive Head of State or Government who has demonstrated excellence in African leadership. Unprecedented in its scale and scope, the Mo Ibrahim Prize consists of US$ 5 million over 10 years and US$ 200,000 annually for life thereafter. A further US$ 200,000 per year for good causes espoused by the winner may be granted by the Foundation during the first ten years.The first winner of the Mo Ibrahim Prize will be selected by a Prize Committee, comprised of:

The winner of the first Mo Ibrahim Prize will be announced on 22nd October 2007.

He's a signer of the Bill Gates' & Warren Buffett's initiative known as the Giving Pledge. The Giving Pledge is a commitment by the world's wealthiest individuals and families to dedicate the majority of their wealth to giving back.

He's a signers of the Bill Gates & Warren Buffett initiative known as the Giving Pledge. The Giving Pledge is a commitment by the world's wealthiest individuals and families to dedicate the majority of their wealth to giving back.