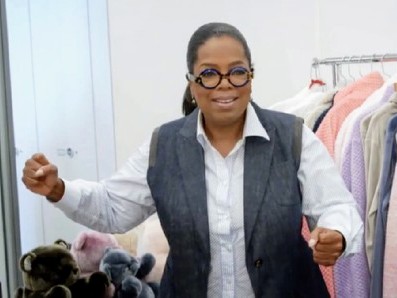 Oprah Gail Winfrey is an American entrepreneur, TV show host, actress, producer, and philanthropist. She has served as the Chairman of her cable network, OWN: Oprah Winfrey Network, taking on the role of Chief Executive Officer in July 2011. Ms. Winfrey is the only female Black American billionaire with an estimated net worth of $2.6 billion as of August 2021.

She's the first black woman to own and run a television network, OWN: Oprah Winfrey Network. Launched on January 1, 2011.

In April 2000, Oprah and Hearst Magazines introduced O, The Oprah Magazine, a monthly magazine that has become one of today's leading women's lifestyle publications. It is credited as being the most successful magazine launch in recent history and currently has an audience of more than two million readers each month.

In recognition of her extraordinary achievements and contributions, Oprah has received numerous honours, including the most prestigious awards and highest industry acknowledgements.

Ms. Winfrey studied Speech Communications and Performing Arts at Tennessee State University. She left school in 1975 one credit short of graduating to enter the workforce but in 1987 she completed the last required course and received her degree.