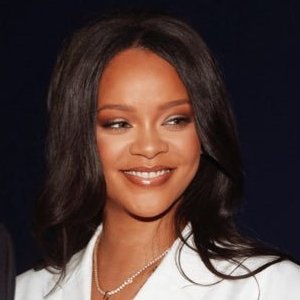 Ms. Fenty is Ambassador Extraordinary and Plenipotentiary of Barbados (since September 20, 2018), with specific responsibility for promoting education, tourism and investment for the island.

“Rihanna has a deep love for this country and this is reflected in her philanthropy, especially in the areas of health and education.  She also shows her patriotism in the way she gives back to this country and continues to treasure the island as her home. She has also demonstrated, beyond her success as a pop icon, significant creative acumen and shrewdness in business. It is therefore fitting that we engage and empower her to play a more definitive role as we work to transform Barbados,” said Prime Minister Mia Amor Mottley.

Ms. Fenty was officially named a billionaire by Forbes.com on August 04, 2021 with a estimated net worth of $1.7 billion. She's the wealthiest female musician in the world and second only to Oprah Winfrey as the richest female entertainer. The bulk of her fortune (an estimated $1.4 billion) comes from the value of Fenty Beauty, of which she owns 50%. Her stake in Savage x Fenty is estimated to be worth $270 million.

As a businesswoman, Ms. Fenty has had great success in the fashion and cosmetics industry with her Fenty Beauty, the makeup brand she co-owns with luxury goods group LVMH. Which was founded in September 2017 and was estimated to have generated $570 million in revenue in 2019. Forbes estimates the company is worth, conservatively, more than $3 billion.

Fenty (stylized as FEИTY) is a fashion house founded by Rihanna under the luxury fashion group LVMH (Moët Hennessy Louis Vuitton) which was founded in 2017 and launched in May 2019 and is based in Paris. The fashion label made Rihanna the first woman and also the first blackwoman to be added to the LVMH group.

Ms. Fenty founded the Clara Lionel Foundation (CLF) in 2012, in honour of her grandparents, Clara and Lionel Braithwaite. Programs include the Clara Braithwaite Center for Oncology and Nuclear Medicine at the Queen Elizabeth Hospital in Barbados, and education programs.

Ms. Fenty attended Charles F. Broome Memorial Primary School and Combermere High School in Barbados. She did not complete high school because of her music career taking off.