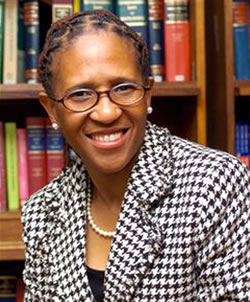 Thandi is a senior partner with Johannesburg-based attorneys, Routledge Modise Moss Morris (RMMM) and heads up its Employment and Labour Law Department. She is also a co-founder of Peotona Capital, the womenâ€™s investment company that owns a 16% share in Ponahalo Investment Holdings, a new generation black empowerment company. Ponahalo Investment Holdings holds a joint 50% stake in Ponahalo that owns 8% of the South African unit of De Beers, the world's top diamond miner, and is buying part of cement maker Lafarge SA's operations.

She was admitted to practise in 1984 and, for the following 10 years, worked at the Legal Resources Centre - which focus is public interest and human rights law â€“ specialising on the training, development and support of paralegals and advice centres. During this period, she also conducted litigation against various organs of the Apartheid state in such matters as pass laws, the state of emergency legislation, forced removal and unfair dismissals.

She later trained as a mediator and arbitrator, joining the Independent Mediation Service of SA (IMSSA) as its National Director in 1995, providing strong strategic leadership at a time when South Africa was moving from an Apartheid state to a democratic country. An example of one of the many challenges she faced during this period was negotiating and mediating with international donors in convincing them to continue supporting IMSSA, a move that reached a satisfactory conclusion allowing it to maintain its crucial role in the dispute resolution environment.

South Africaâ€™s Commission for Conciliation Mediation and Arbitration (CCMA) was established as a statutory body in 1996 under the terms of the Labour Relations Act to resolve labour disputes. A year later, Thandi was appointed its National Director with a R100-million start-up budget and a 1 000-strong team fully reliant on IT for its success. Her immediate mandate to ensure that the CCMA was fully compliant with employment equity criteria was a challenging one, given that there were few people with the necessary mediation and arbitration skills. Undeterred, she went ahead and developed the CCMAs own skillsâ€™ development training course, continuing to give inspired strategic direction for almost five years.

Of note and included on the auspicious list of high profile cases upon which she has personally been called upon to mediate are the latest SAA strike, Chamber of Mines/ National Union of Mineworkers 1997, Transport Industry/ SATTAWU and other Unions 1998-1999, and various land disputes in Gauteng, Mpumalanga, North West and Free State provinces.

Thandi has conducted training in conflict resolution in countries as far flung as Burundi, Rwanda, Sierra Leone and Ethiopia; facilitated stakeholder participation in the Burundian mediation under former President Nelson Mandela; in preparation for the World Conference against Racism; and in preparation for the World Summit on Sustainable Development, as well as conducted a labour legislative review in Mauritius on behalf of the ILO.