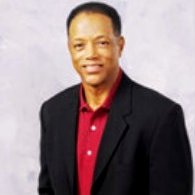 Lloyd Ward has been chairman and chief executive officer of CleanTech Solutions Worldwide, LLC, an environmental recycling venture, since January 2010. Since April 2003, he has also served as chairman of BodyBlocks Nutrition Systems, Inc., a manufacturer of snack food and beverages, and, since September 2006, he has served as chief executive officer and general manager of Yuanzhen Org Dairy Co. Ltd., an Inner Mongolia Sino-American Joint Venture producing organic milk in China.

He was chairman and chief executive officer of Maytag Corporation from August 1999 to November 2000, president and chief operating officer from 1998 to August 1999, and executive vice president from 1996 to 1998. As CEO of Maytag, he became the second black executive to head a Fortune 500 company.

He has also served on the Board of Directors of several non-profit organizations including the President's Council on Physical Fitness and Sports, Ronald McDonald House, Dallas YMCA, Paul Quinn College, Jimmy Johnson Foundation, and Inroads of Southwest Ohio.

Mr. Ward holds a BS in Mechanical Engineering from Michigan State University and an MBA from Xavier University.