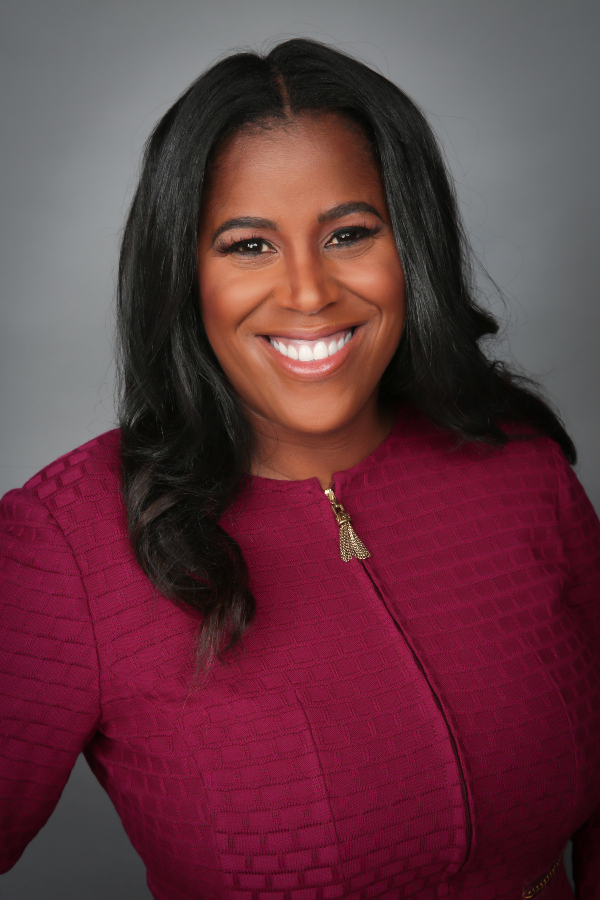 Thasunda Brown Duckett is the President and CEO of Teachers Insurance and Annuity Association of America (TIAA), effective May 1, 2021.

She succeeds Roger Ferguson, who announced his retirement from TIAA in November 2020, after a 13-year run as CEO.

Ms. Duckett was most recently the Chief Executive Officer of Chase Consumer Banking and is a member of the firm’s Operating Committee.

She oversaw a banking network with more than $600 billion in deposits, 5,000+ branches, 16,000+ ATMs and 50,000 employees serving 25 million households nationwide. Previously, Duckett was the CEO of Chase Auto Finance, and prior to that served as National Retail Sales Executive for Chase Mortgage Banking.

Ms. Duckett serves on the boards of Nike, Inc., Robert F. Kennedy Human Rights, and the Children’s Learning Center of Fairfield County, CT. She is also a member of the Dean’s Advisory Board for the Hankamer School of Business.

She was also a member of the steering committee for JPMorgan Chase’s Women on the Move initiative to advance women in their careers and in business, and the executive sponsor of the firm’s The Fellowship Initiative, which offers young men of color academic and social support to help them achieve personal and professional success.

Ms. Duckett has been recognized widely as a leading executive in finance.

She’s the founder of The Rosie and Otis Brown Foundation, in honor of her parents, to recognize and reward people who use ordinary means to empower and uplift their community in extraordinary ways.

Ms. Duckett holds a Bachelor’s degree in Finance and Marketing from the University of Houston, and an MBA from Baylor University.