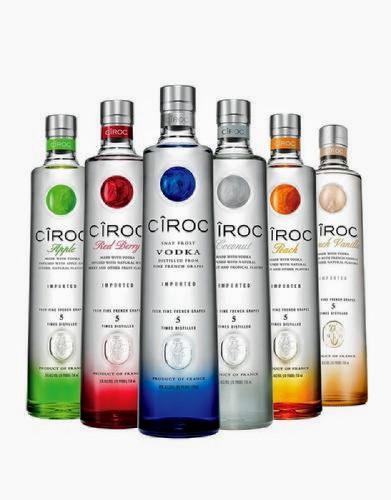 Under the terms of the deal, Sean Combs and Sean Combs Enterprises will take the lead on all brand management decisions for Ciroc, while sharing in the future profits of the growth of the brand. This exclusive US multi-year collaboration, which calls for a 50/50 profit split, is a first for the spirits industry and could be worth more than $100 million for Combs.

"Sean Combs has a proven track record of developing high-end brands and we expect his alliance with Ciroc to follow suit," said Debra Kelly-Ennis, Chief Marketing Officer, Diageo North America. "We are confident that Sean and his team are the right partners to further enhance the luxury profile of Ciroc."

Will Diddy be Hip Hop's second billionaire? Checkout his entrepreneur profile to find out.

As part of the new alliance, Combs will take the lead on brand management decisions, including marketing, advertising, public relations, product placement and events.

"It is an honor and a privilege for me to partner with Diageo on this venture," said Combs. "I pride myself on the company I keep and will only work with the best. My extensive track record as a brand builder ranges from cultivating music careers and creating a lifestyle fashion brand, to launching two signature fragrances and producing a hit television show -- all of which have given me the necessary skills needed to establish a luxury brand. I am confident that this alliance with Ciroc will be a success."

While you are here check out our list of Black Billionaires.

Diddy was ranked number 3 on Forbes.com's 2007 list of Hip-Hop Cash Kings, with an annual income of $28 million. His empire includes Bad Boy Records, backed by Warner Music Group, television series like MTV's Making The Band, the Sean John clothing line, the bestselling Unforgivable cologne and two restaurants called Justin's, named after one of his sons.