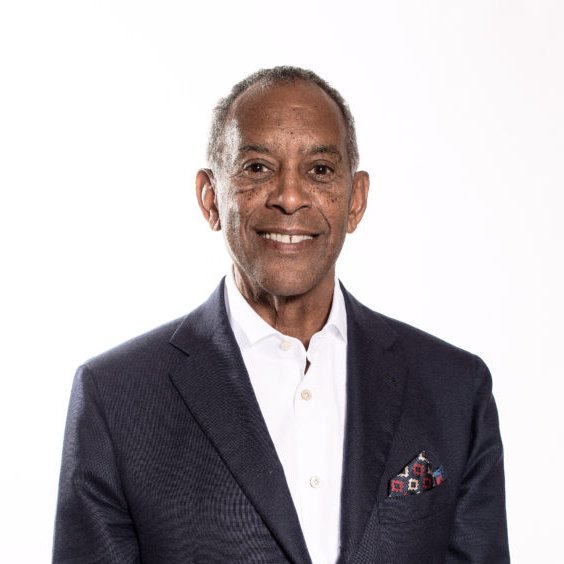 Mr. Thompson is also the former chairman and CEO of Symantec Corp. During his 10-year tenure as CEO of Symantec, he was the only African American leading a major technology company.

As CEO of Symantec, Mr. Thompson transformed the company into a leader in security, storage and systems management solutions, delivering world class products to a global customer base, including both individuals and large-scale enterprises. He helped grow revenues from $600M to over $6B. Mr. Thompson retired from his CEO post on April 4, 2009.

Prior to joining Symantec, Mr. Thompson had a distinguished career with the IBM Corporation where he worked for 28 years holding senior executive positions in sales, marketing and software development. In his last assignment, he was general manager of IBM Americas and a member of the companies Worldwide Management Council.

Mr. Thompson served on the National Infrastructure Advisory Committee (NIAC), making recommendations regarding the security of critical U.S. infrastructure, under President George W. Bush. He also served on the Financial Crisis Inquiry Commission to investigate the cause of the 2008 financial collapse and make recommendations to Congress on steps to avoid or mitigate the impact of a reoccurrence.

In addition, he has served as the chair of the Silicon Valley Blue Ribbon Task Force on Aviation Security and Technology to identify and evaluate technology-driven solutions to improve the security and efficiency of national and local aviation.

Mr. Thompson is a part owner of the NBA's Golden State Warriors. He is an active investor in early-stage companies and currently serves on the board of directors of Liquid Robotics, the world’s first wave-powered autonomous platform, and DOMO, an emerging platform for business intelligence.

Mr. Thompson also serves on the board of UPS and Microsoft, the world's largest software company.

Mr. Thompson received a Bachelor of Business Administrations degree from Florida A&M (1971) and his Master's degree in Management (MBA) from MIT's Sloan School of Management (1983). In addition, in May 2008, he received an honorary doctorate degree from Notre Dame University.