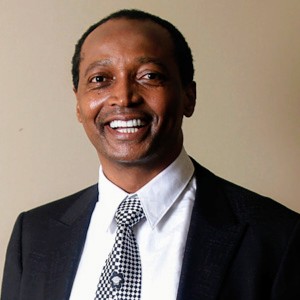 He became South Africa's first black billionaire in 2008. In 2013, he became the first African to sign Bill Gates' and Warren Buffett's Giving Pledge, promising to give at least half his fortune to charity.

Mr. Motsepe began his business career as a child when he would wake early to help his entrepreneurial father by selling liquor to mine workers at his father's shop. "I must have been about eight when my dad said one day, We make so much money when you're behind the counter you should take over the business when you grow up. But it was hard work, from 6 am to 8 pm. I soon realized I needed to choose a career that would keep me away from that shop! That's how I came to decide when was only eight that I'd become a lawyer."He went on to earn a BA from Swaziland University and a LLB from Wits University.

In 1994 he became the first black lawyer to be made a partner at the law firm Bowman Gilfillan, where he specialized in mining and business law before becoming restless. He then shifted to the mining industry. He Started a contract mining operation called Future Mining which provided various services to Vaal Reefs gold mine, now part of AngloGold. Unable to secure a loan, he ran his business from a briefcase for the first eight months.

Mr. Motsepe formed African Rainbow Minerals (ARM) in 1997 and acquired a number of marginal shafts at Vaal Reefs in January 1998 on favourable financial terms, followed by the purchase of other marginal shafts owned by AngloGold in the Free State.

Forbes magazine racks him as 1020th richest person in the world with an estimated net worth of $2.4 billion dollars as of March 2018.

Harmony Gold Mining Company specializes in turning old digs into new digs. Harmony is South Africa's largest gold miner, after acquiring ARMgold in 2003, and the sixth largest in the world. The company buys mature gold mines with lagging production and turns them into low-cost, high-productivity mines. It had 2003 revenues of $1.2 billion and has 50,718 employees.

He's a signers of the Bill Gates' & Warren Buffett's initiative known as the Giving Pledge. The Giving Pledge is a commitment by the world's wealthiest individuals and families to dedicate the majority of their wealth to giving back.