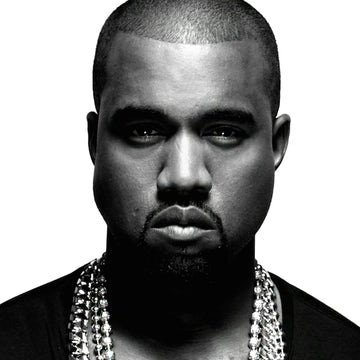 Kanye Omari West, is the founder and sole owner of the fashion brand Yeezy, which sells clothing and sneakers in partnership with Adidas. The brand was valued at $3 billion according to a Bank of America document from 2019 reviewed by Bloomberg.

2022/10/31 | It all comes falling down. After Kanye goes on a "rant" about certain powerful people, correctly or not. The blacklash from the powers that be was swift. Ye lost almost all of his business partnerships. Reducing his net worth to an estimated $400 million. Our humiliation continues!

Yeezy was on track to generate $1.3 billion of shoe revenue in 2019, a 50% increase from a year earlier, according to Bank of America. Forbes.com estimates Mr. West receives a royalty of around 11% of Yeezy revenue.

Yeezy is Mr. West’s largest asset according to his personal account, David Choi. Who provided an unaudited balance sheet that puts Mr. West’s net worth at $3.15 billion.

Mr. West, who is best known for his music career, announced that he was $53 million in debt in 2016. His debt load in early 2020 is estimated at $100 million for mortgages and other liabilities.

Mr. West is also the founder and head of the multi-disciplinary creative content company DONDA.

As a fashion designer, he has collaborated with Nike, Louis Vuitton, and A.P.C. on both clothing and footwear.

Kanye Travel Ventures ("KTV"), was formed in July 2007, as an independent subsidiary of West Brands LLC.

He established West Brands LLC., in the early 2000’s as a holding company to oversee his business interests.

Mr. West is one of the world's best-selling music artists, with over 140 million records sold worldwide.